The Jurassic was a time of significant global change in continental configurations, oceanographic patterns, and biological systems. During this period the supercontinent Pangea split apart, allowing for the eventual development of what are now the central Atlantic Ocean and the Gulf of Mexico. Heightened plate tectonic movement led to significant volcanic activity, mountain-building events, and attachment of islands onto continents. Shallow seaways covered many continents, and marine and marginal marine sediments were deposited, preserving a diverse set of fossils. Rock strata laid down during the Jurassic Period have yielded gold, coal, petroleum, and other natural resources.

Because of poor preservation of terrestrial deposits and their fossils, it is unclear whether the mass extinction at the end of the Triassic had the same impact on terrestrial ecosystems as it did in the oceans. However, there was a distinct change in vertebrate fauna by the Early Jurassic. In Triassic terrestrial ecosystems, synapsidsand therapsids—ancestors of modern mammals and their relatives, often called mammal-like reptiles—were dominant. They occupied several ecological nichesand grew to large sizes. By the start of the Jurassic, these groups became rare, a minor component of fossil assemblages; individuals were very small and their teeth and skeletal anatomy show that the early mammals were probably omnivorous (eating plants and animals) or insectivorous. Instead, the archosaurs (dinosaurs, crocodiles, and pterosaurs) were the dominant terrestrial vertebrates. It is not clear why this change from synapsid-dominated to archosaur-dominated faunas occurred; it could be related to the Triassic-Jurassic extinctions or to adaptations that allowed the archosaurs to outcompete the mammals and mammalian ancestors . In the Late Jurassic, while some marine invertebrates were going extinct, terrestrial vertebrates may also have experienced a drop in diversity, but the evidence here, too, is inconclusive.

Pterosaurs were common throughout the Jurassic. With light skeletons and wing structure supported by a single digit on each “hand,” they were adapted to flying and gliding.

The saurischians, including sauropods and all carnivorous dinosaurs, were the earliest dinosaurs. Sauropods (including Apatosaurus) appeared in the Early Jurassic and reached the peak of their diversity, abundance, and body size in the Late Jurassic. Sauropods were generally long-necked and probably adapted to browsing on the leaves of tall gymnosperms. Their decline in the latest Jurassic appears to have corresponded to a decline in this type of vegetation. 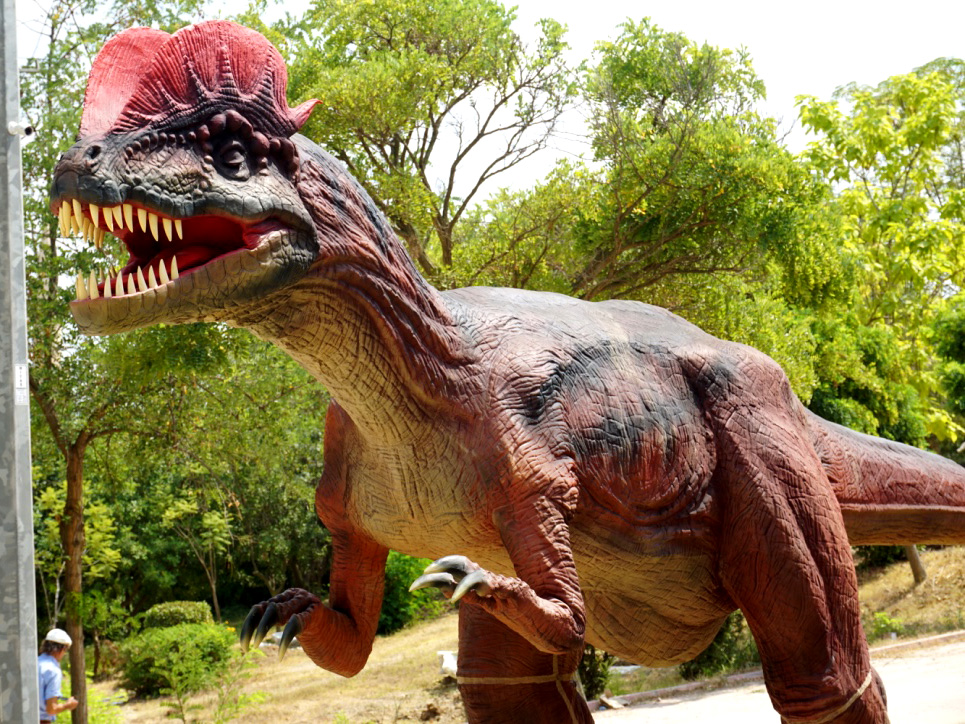 Want to join the discussion?
Feel free to contribute!

Fill out my online form.
Dinosaur History Ⅱ-Science of Dinosaur

How to get to Zigong Dinosaur Museum?
Scroll to top